MKS Piaseczno with Tide Software for the Next Season

We signed up an agreement sponsoring MKS Piaseczno for another season. After the successes of the boys from the 2006 year last season, we decided to continue the support for the next months.

Within the cooperation Tide Software funded sets of new football kits and provided the team with financial support for the further development. We keep our fingers crossed for the team's success and the promotion to Ekstraliga (Extraleague).
The sponsorship agreement was signed by the President of MKS Piaseczno, Jacek Krupnik, and the Vice President of Tide Software, Janusz Pytlak. The contract was made at the beginning of September and will last until the end of 2019. On the front of white match MKS Piaseczno shirts there is now situated Tide CC logo - Tide Software’s system for call centers. Blue match shirts are embellished with white logo of Tide Telco – the service that guarantees comprehensive voice communication. 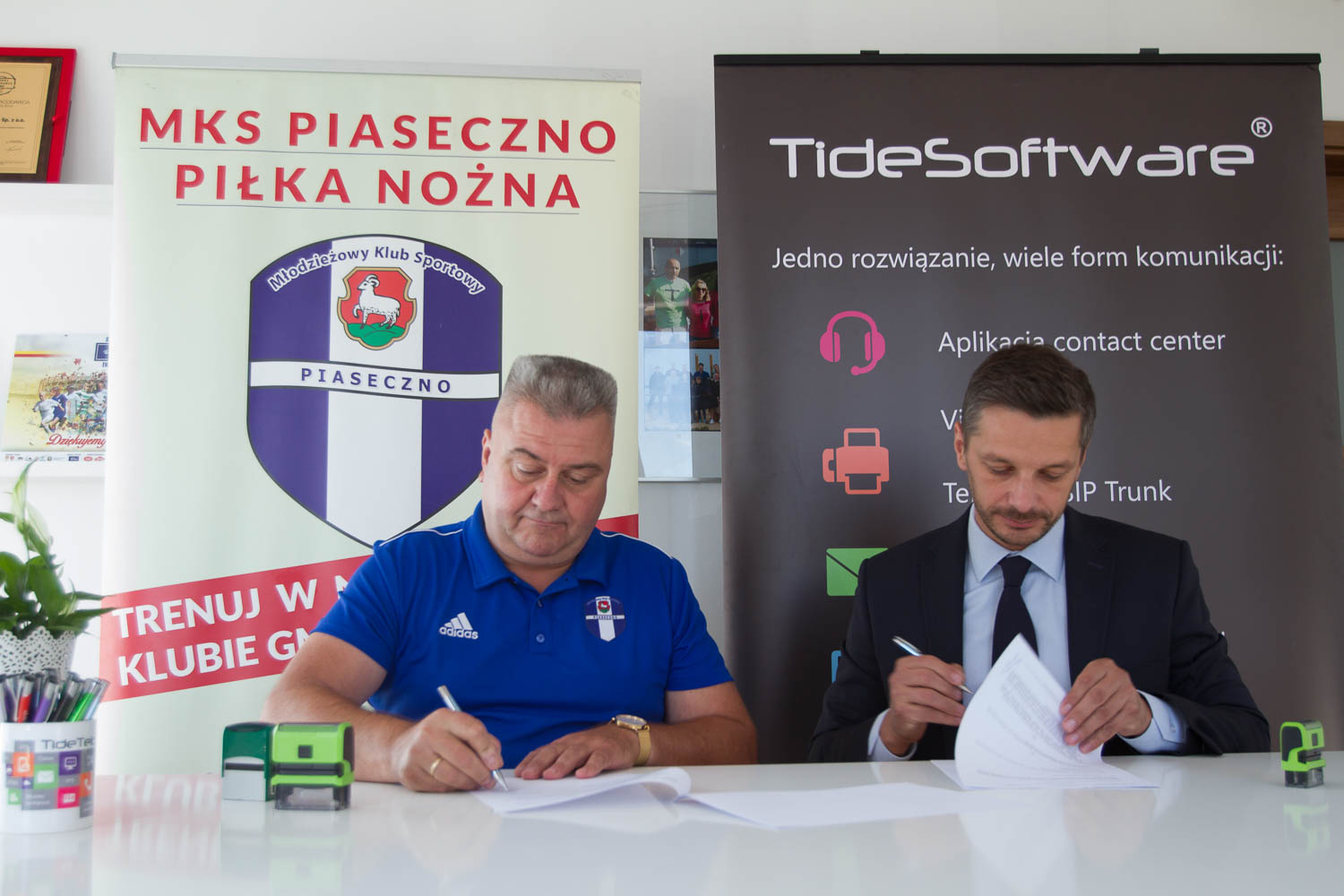 A Good Start in the New Season of the 1st League

At the beginning of September the boys from MKS Piaseczno 2006 played the inaugural match in the 1st league. The inauguration of the season turned out to be equally fierce and fruitful as the end of the past season. MKS Piaseczno defeated Delta Warszawa 3:1 with no loss of control over the course of the match. There are 13 matches more to be played in the fight for getting to Extraleague. We keep our fingers crossed!


We do not rest on our laurels and we are intensively planning the next season. This time the goal is striving for Extraleague, in which as many as 8 best teams of Masovian Voivodeship take part. We are also planning to strengthen the current team with the next 3-4 players. I think that our chances for playing in Extraleague are absolutely viable. – the coach adds.

A Polish company Tide Software has been present on the market for over 10 years already. Since the very beginning it consistently performs its mission by putting people first. Social responsibility and support for local communities are highly significant for the company. That is why it willingly engages in charity actions as well as supports the young generation of athletes. In 2013 Tide Software sponsored the racing team of Paweł Hankiewicz, who won the title of Polish Champion in Polish Rally Championship of 2013 in the HR Class. A year later the company helped materially in the organization of the 10th Marcin Rowiński Memorial, during which young football players were competing for the transitional cup. In 2019 Tide Software gladly supports youth sports clubs: Jagiellonia Białystok and MKS Piaseczno.