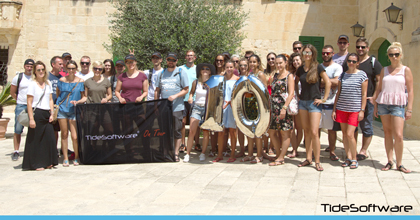 Ah what a trip that was! An all-day ship voyage, a Safari Jeep tour, Valletta and Mdina sightseeing. This is only part of all attractions that the board of management founded us on the company’s tenth anniversary.

We started the company retreat with a bang. A few hours’ cruising on a pirate ship to the tiny Island of Comino went down in history. Sunbathing on the prow of the ship, swimming in azure water surrounded by rocky slopes and drinking cold drinks from pineapples… a true heaven on earth. The completion of this amazing day was the Folkloric Evening with traditional Maltese music and dances. 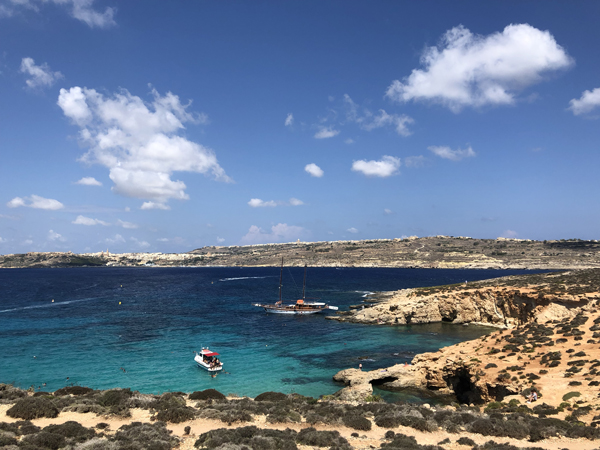 The next day brought the next dose of positive emotions. We got to Gozo by a ferry and then in Jeeps reached the most interesting corners of the island. We saw, among other things, vestiges of the legendary Azure Window, Calypso Cave and Xlendi Bay. Coming back to Malta by a motorboat was a perfect ending of the trip. 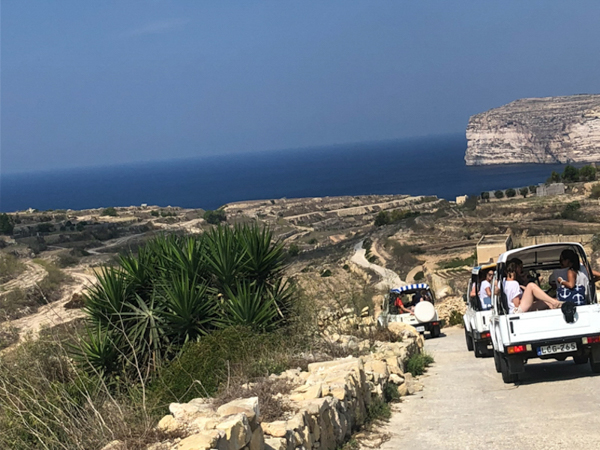 On our return from Gozo a dinner was served. Feasting on delicacies of the Maltese cuisine and sipping local wine, we recollected ten years of company’s functioning. We were going through photos and telling amusing stories from the past; the management rewarded workers with five years of experience with gifts. Employees returned the favour and surprised the CEOs by handing them funny graphics with their likenesses. At the end we got to know management’s plans for Tide Software for the next ten years – expect more to come! 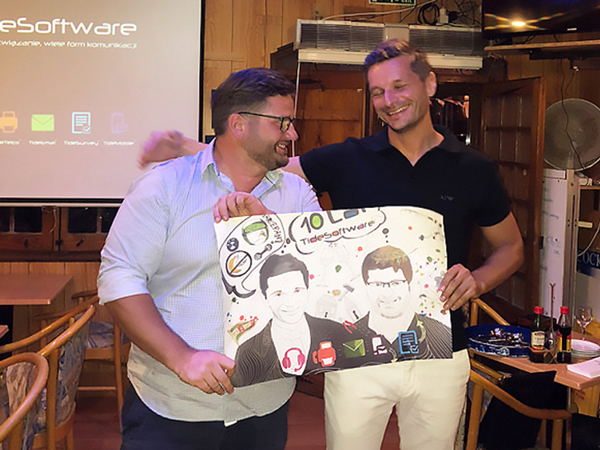 A Walk in Historic Valletta and Picturesque Mdina

Sunday was spent on Valetta and Mdina sightseeing. The first city is Malta’s historic capital. According to UNESCO it is the place with the biggest number of monuments per one kilometre in the world. We confirm that! Every few streets we were stopping to listen about interesting facts provided by our guide. Mdina is a charming little town with narrow streets and picturesque buildings. It is located at the island’s highest rise, thanks to which we could see its beautiful panorama. A delicious lunch in a cosy restaurant run for years by a very nice Maltese family was the icing on the cake. 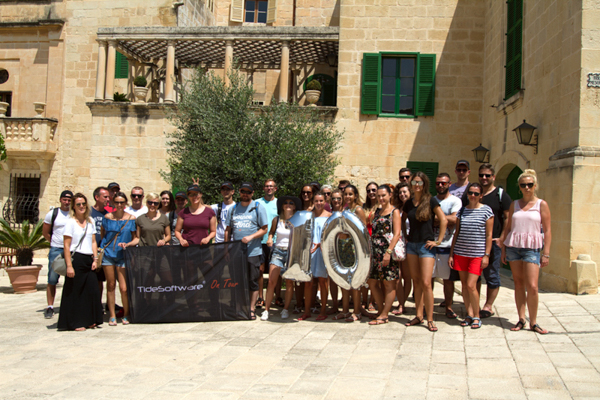 We could say a lot more about our retreat in Malta. It was wonderful, and for sure we are going to reminisce about it in the following years. Words cannot express joy and emotions so we are sharing photos.