AstriCon - our people in Florida 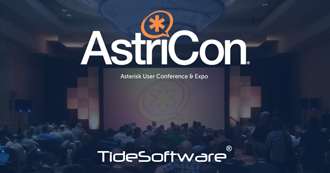 The IT & Telco Tide Software team participated in the longest-running Asterisk-AstriCon event. In Orlando was celebrated one of the most influential open source telecom projects ever and was discussed its impact on the future.

IT & Telco can not sit still

We have to admit that IT & Telco guys recently enjoyed foreign conferences devoted to telecommunications. So in May they were in Berlin at the Kamailio World Conference & Exhibition

As we mentioned, they came back delighted. This admiration was genuine, as soon after their return they saw a conference this time in Florida in the USA. Do visa processing stopped them? Of course not :) 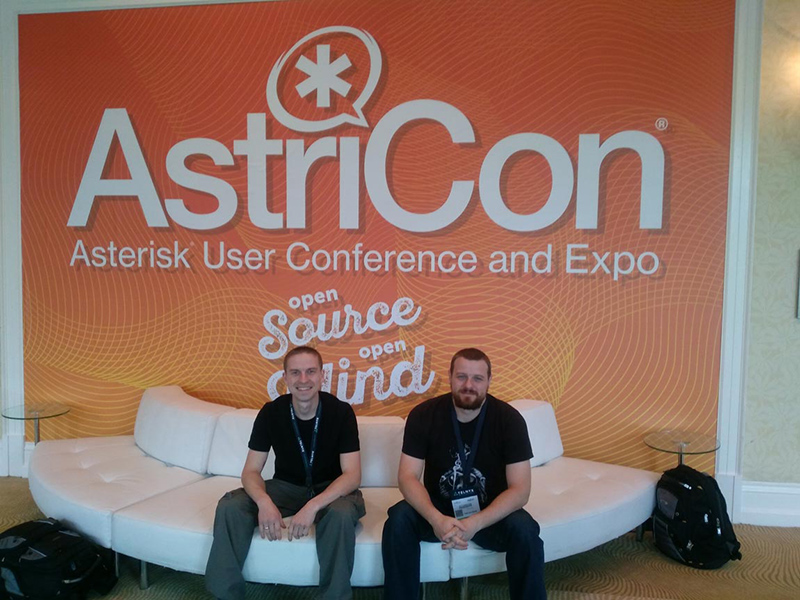 It turns IT & Telco

The meeting program was very broad. At the same time, there were 2 or even 3 speeches or workshops. Tide Software team mainly took part in implementation panels, eg VNF Asterisk or WebRTC. They also took notice of the new developments in the VoIP world. 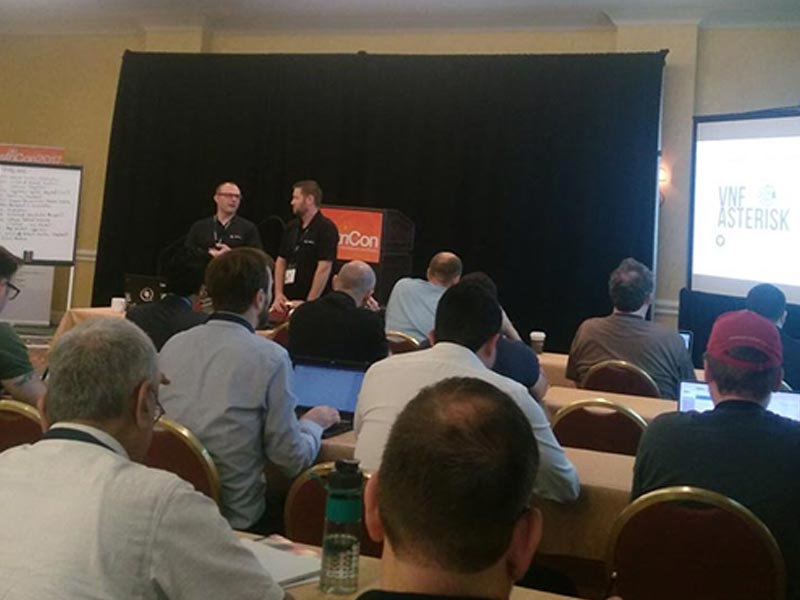 Tide Software team did not miss the opportunity to take pictures with live legend - James Bodym. It is currently one of the 20 most influential people in the world looking at the development of VoIP and GSM / 4G technology. In addition to the immense experience, James has amazing presentation skills. He is definitely a high-energy speaker. Thanks to his unwavering faith in the power of live presentation he won the title of "King of Dangerous Demo". 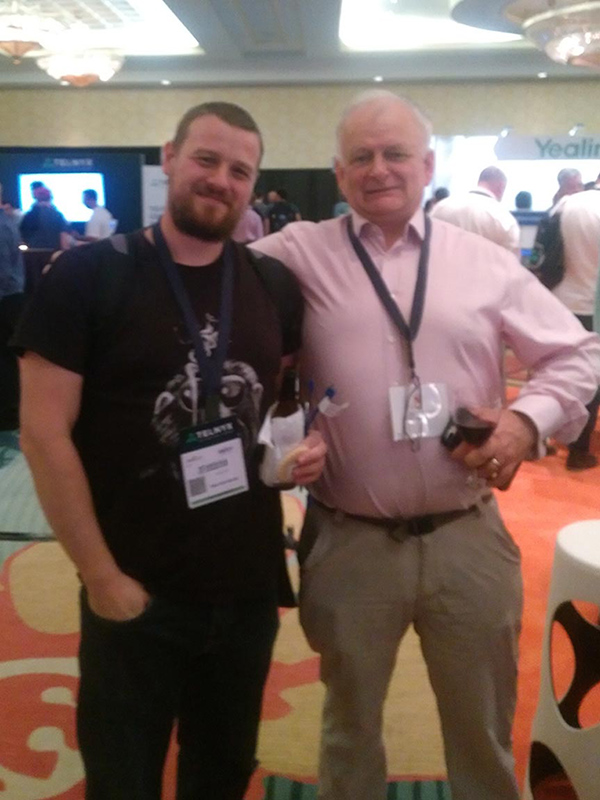 Most famous voice ... in the picture

The boys even managed to take a picture with Alison Smith. If her name does not say anything, do not worry. You would probably know her voice, which she had used to record all the announcements in English Asteriska. She is the authority in IVR and telephone customer support. 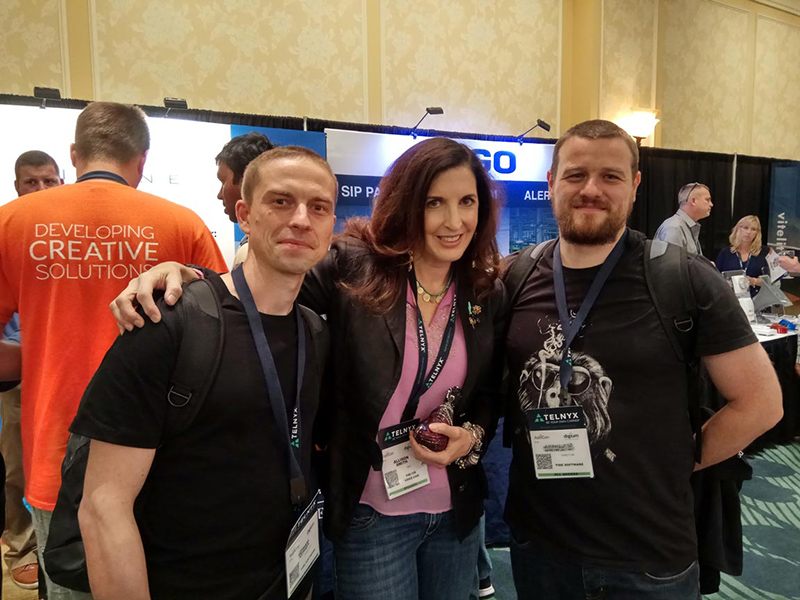 Finally, we need to mention the consequences. Getting knowledge... sure, but also the fact that now in the kitchen is rotating individuals with a cup of coffee in hand dressed in such a SIP T-shirts: 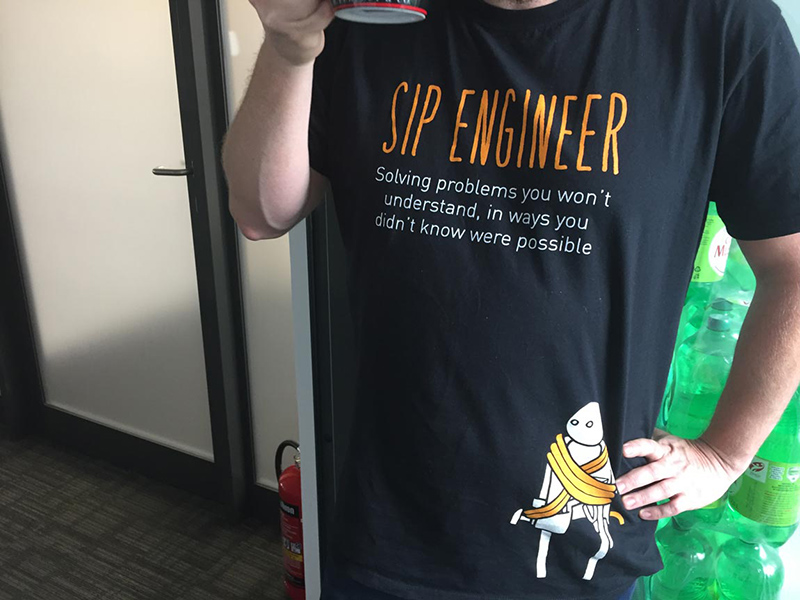